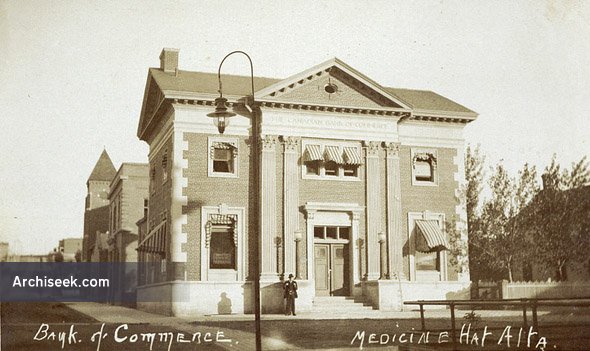 The construction of the stately bank building in Medicine Hat illustrated the Canadian Bank of Commerce’s confidence in the buoyant economy of south eastern Alberta during the great wave of immigration after 1896. It also represented an attempt to compete for local business and the Western Canadian grain trade against its rival, the Bank of Montreal. The Classical Revival style of the Canadian Imperial Bank of Commerce in Medicine Hat is typical of many bank buildings of the time. The robust massing and elegant detailing were intended to project stability, sophistication, and permanence –