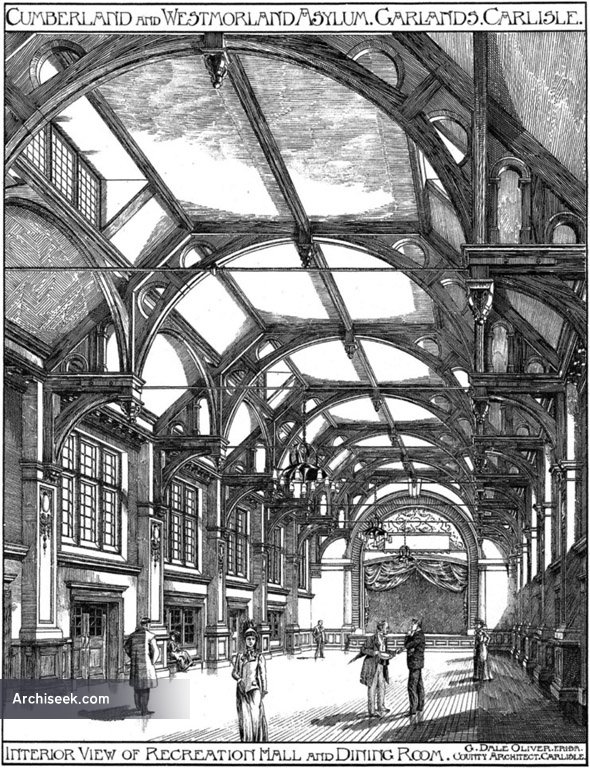 Interior View of Recreation Hall & Dining Room as published in The Building News, January 19th 1906. Originally opened in 1853 to designs by J.A. Cory, the hospital was much extended over the years, including the 1905-06 extension, part of which is illustrated. The main building was extended two projecting blocks for a total of 150 patients, linked by long corridors to the south facade and incorporating new recreation and dining halls by G. Dale Oliver, the County Architect. Following closure of most of the site in the 1990s, led by changes in mental health treatement, the site was largely redeveloped. The lodge, administration block, chapel, mortuary, estates buildings and 1905 blocks have survived and are now converted to form private housing.