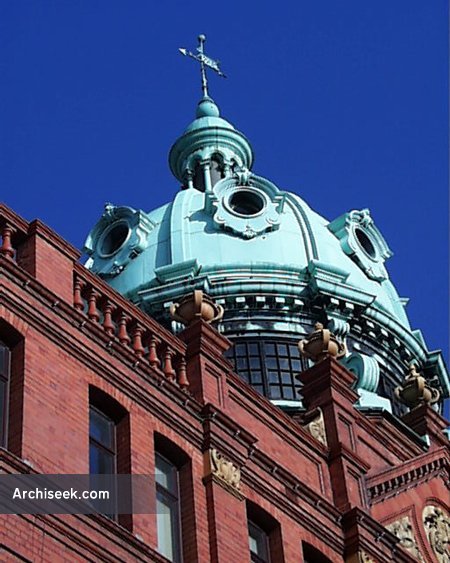 Built as Todd, Burns & Co. warehouse department store, this is a fantastically decorative building with dome which acts as a counterbalance to the tower of Arnotts. Glorious red brick with terracotta details, all capped with the beautiful bronze dome.

A fire destroyed the original Todd Burn’s building in January 1902, built 1859, architect William Mitchell was engaged to design this newer “Palatial Dublin Warehouse” which opened in 1905. In the 1950s, a director of Brown Thomas took control of the store and renamed it Todco. By 1969, it became Pennys, which still trades today from the building.