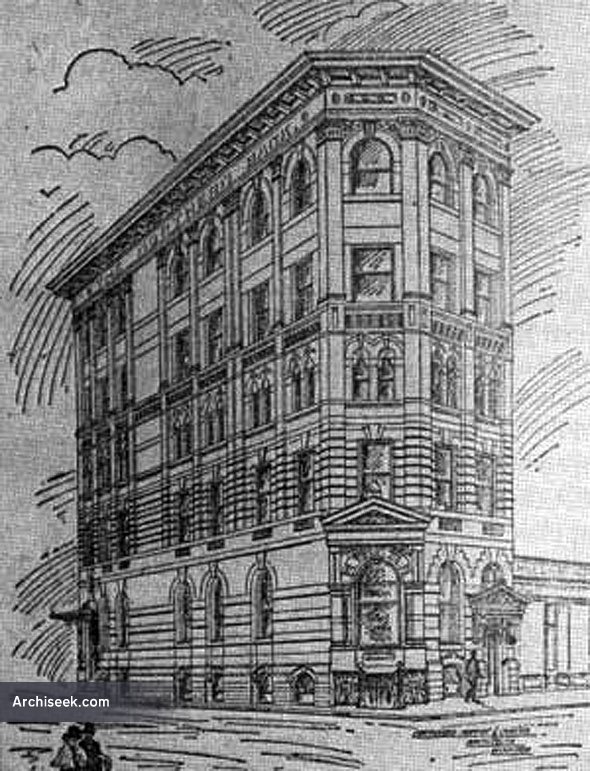 Established as Winnipeg’s Northern Bank in 1905 and merging with the exclusively Ontario-based Crown Bank of Canada in 1908 to form the Northern Crown Bank. Winnipeg remained the new bank’s home base as it was ideally situated to serve the Northern Bank’s strong western agricultural business base and to capture new business opportunities resulting from the rapid settlement of Canada’s West. Taken over by Royal Bank of Canada in 1918.

Rather than constructing a corporate headquarters, in 1905 the Northern Bank purchased an existing structure (the old Manitoba Mortgage Block) and expanded it by two storeys. The highly-adorned neo-classical facade gave way to a reserved and unornamented cream-coloured terra cotta exterior. Sited at Portage Avenue and Fort Street, demolished after a fire c.1955.