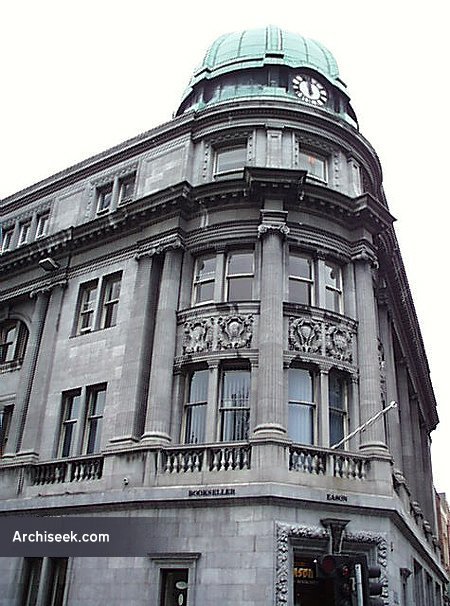 A prime corner site opposite the side entrance to Trinity College, this fine early 20th century building is finished in an austere limestone – constructed for North British & Mercantile Insurance Co. (1900-1905) on the site of the Morrison Hotel. The main entrance to the former commercial office contained within is on the corner underneath the copper dome. Now a branch of Eason’s booksellers and newsagents, the entrance porch still contains ornate decoration.