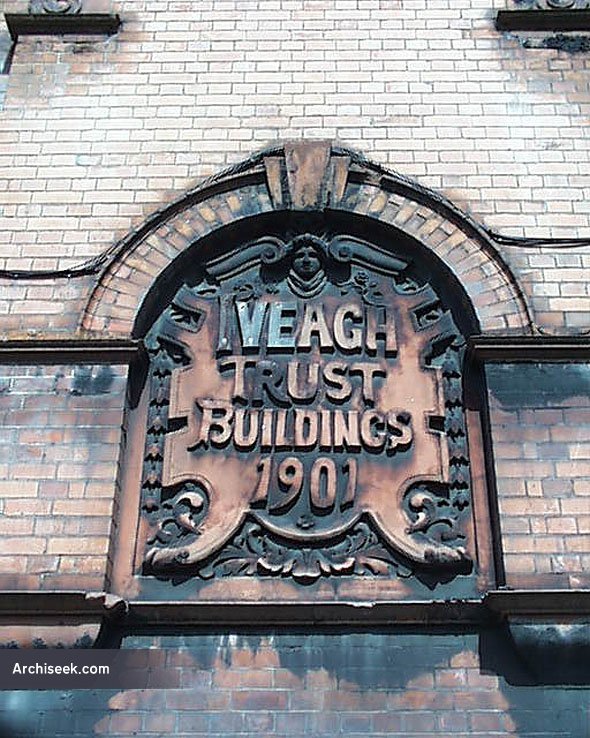 This was the single largest piece of urban renewal in Edwardian Dublin, and was commissioned by the Earl of Iveagh to clean up the slums that surrounded St Patrick’s Cathedral of which he was funding the restoration. London architects Joseph, Smitherm, and Joseph designed the entire scheme. The centre-piece of the Trust scheme was the Iveagh Baths on Bride Street.

A fine example of early Art Nouveau, the baths are brick set on a granite plinth, decorated with terracotta panels. Until its conversion in the 1990s, this contained a fully intact interior entered through a doorway surmounted by a copper clad dome. The interior has now been much altered but the exterior survives to be enjoyed. 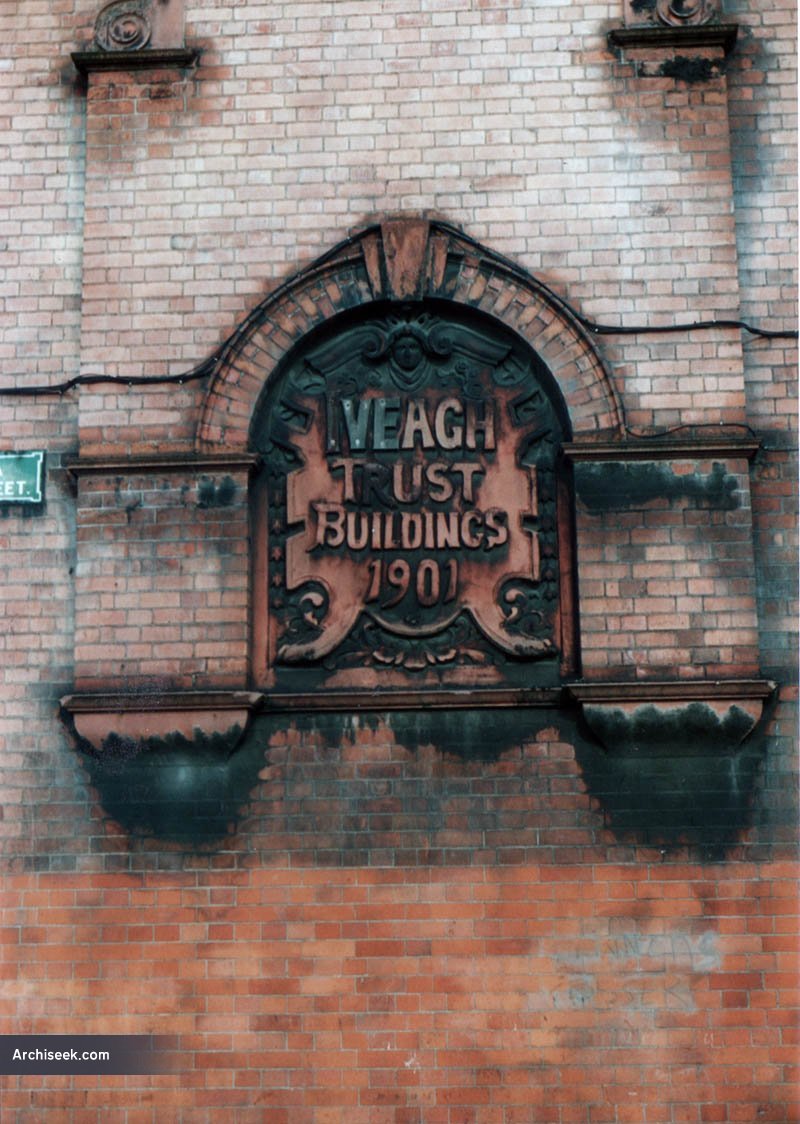 The Irish Builder was not impressed by the hiring of an English architect – “We are sorry to note, too, that Messrs. Parry and Ross are only carrying out the designs of an English architect, Mr. Dellissa Josephs. It is rather regrettable that Lord Iveagh should have again thought it necessary to go across the water in search of an architect, as there no practitioner here capable of meeting his lordship’s views?”

Designed by the City Architect C.J. McCarthy and completed in 1904, the Bull Alley Corporation housing scheme was designed to complement the adjacent Iveagh Trust Scheme. These housing blocks are of five stories surmounted by copper domes over stairwells and ornate art nouveau details in the gable ends. The ground floor of the buildings was devoted to small shop units, most of which are still in use today.

“Lord Iveagh’s munificent scheme for the improvement of an insanitary area in the heart of the city of Dublin will probably cost the donor a quarter of a million sterling. The proposal, which is to take the form of a Bill in the coming Session of Parliament, will deal with that part of the Irish metropolis which is known as the Bull-alley area, forming the centre portion of the district between St. Patrick’s Cathedral and Christchurch Cathedral. Lord Iveagh contemplates acquiring the area between Bull-alley and Brides-alley, and utilising the site, partly by giving certain portions to the corporation of Dublin for the straightening, widening, and improving of the adjacent streets, but chiefly for the erection of two classes of buildings — viz., (1) workmen’s dwellings, a lodging-house for single men, shops, &c. ; (2) certain recreative buildings, such as a concert ball, reading and lecture rooms, swimming bath, gymnasium, &c. The promoter will execute the whole scheme at his own cost, but without personally deriving any pecuniary profit from it, and eventually the control and management of the property is to be handed over to the Trustees of the Guinness Trust for the amelioration of the condition of the labouring classes in Dublin.” The Building News, December 30, 1898.