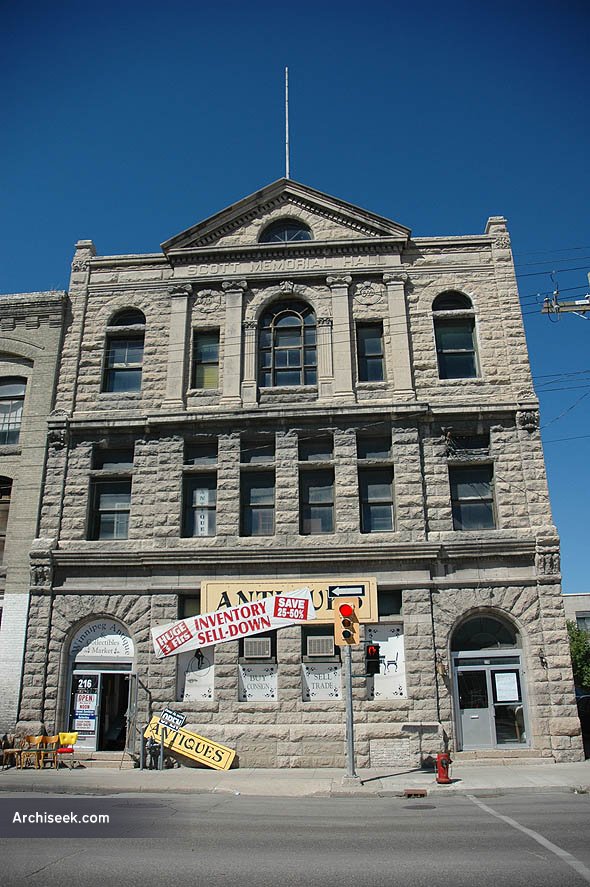 In 1901, a Grand Lodge of Canada Report stated that “This Grand Lodge is erecting a memorial hall in the city of Winnipeg in memory of the late Brother Thomas Scott, who was executed by the rebel Riel for his loyalty to Queen and country.” Constructed in 1902, at a cost of $21,000, the building measured 50 ft. by 90 ft. with a full basement, mezzanine, third floor dance hall and lodge meeting rooms on the second floor. A major fire in 1943 destroyed the original interior and resulted in extensive alterations at a cost of $19,584.22 and was completed by September, 1943. After the fire, the dance hall was moved to the first floor and rest and cloakrooms were constructed in the basement. A two room caretaker’s suite was added on to the third floor.