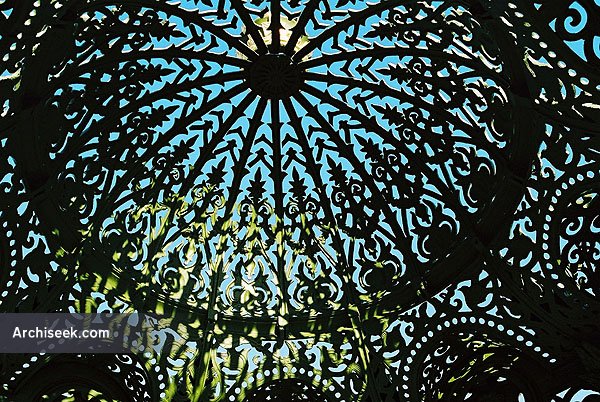 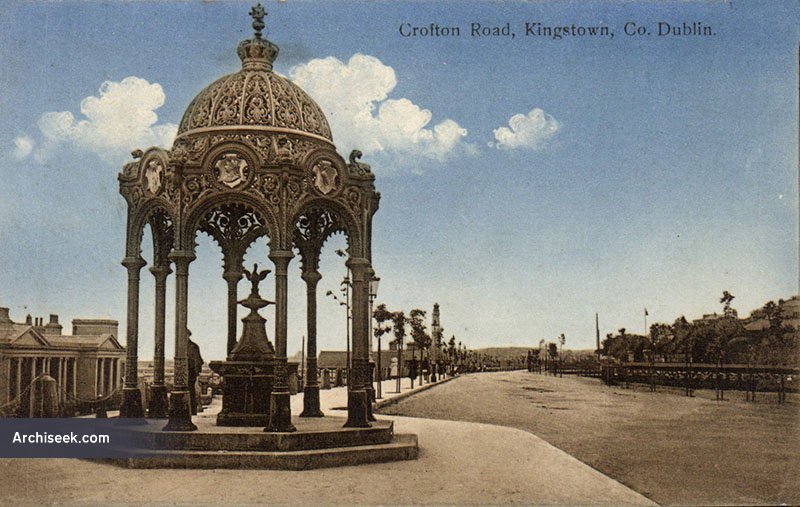 Erected in Dún Laoghaire in 1900 to commemorate the visit to Ireland of Queen Victoria, and seriously damaged in the 1980s, this fountain was recently restored. The fountain was one of a large number celebrating Queen Victoria erected in Ireland and throughout other British colonies to a standardised design by Glasgow manufacturers Walter McFarland & Co. That company has since ceased trading but much of its business was inherited by another Scottish firm, Industrial Heritage, who were responsible for the structure’s repair and restoration.