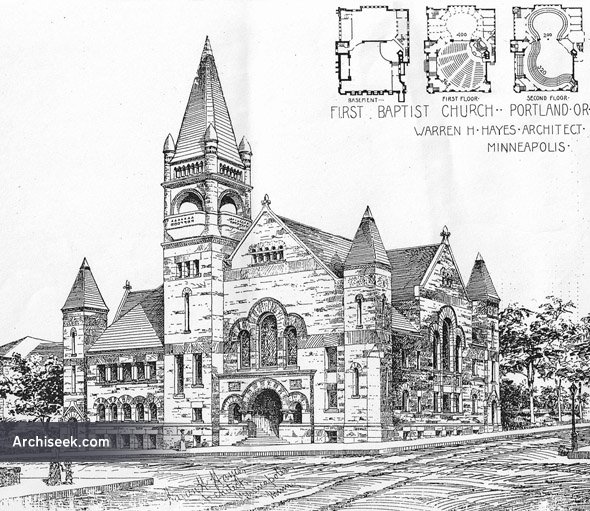 In 1892, $125,000 was set aside for the construction of this building, and Warren Hayes, a specialist in church design from Minneapolis, was employed as architect. Construction began in 1892 and was completed in 1894. Hayes designed the church in a popular style of the time known as Romanesque Revival, strongly influenced by H.H. Richardson’s Trinity Church in Boston. This is unique in Portland, where most churches of the time were designed in some form of Gothic.