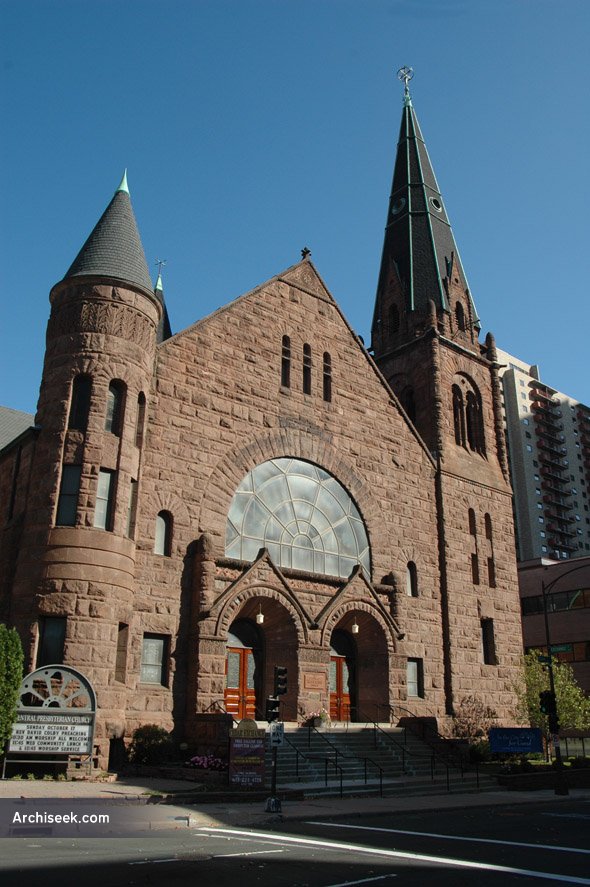 Designed by Warren H. Hayes, a leading architect of churches in the United States and Canada during the late 19th century. Hayes’ work holds a significant place in its association with the “Social Gospel” movement. He is credited with the some of the earliest use of the ‘diagonal auditorium’ plan and the vast majority of his churches uncovered to date are centered around the diagonal auditorium design with fan shaped pew arrangements and, to assure excellent acoustics, the seating sloping toward the pulpit and domed ceilings.