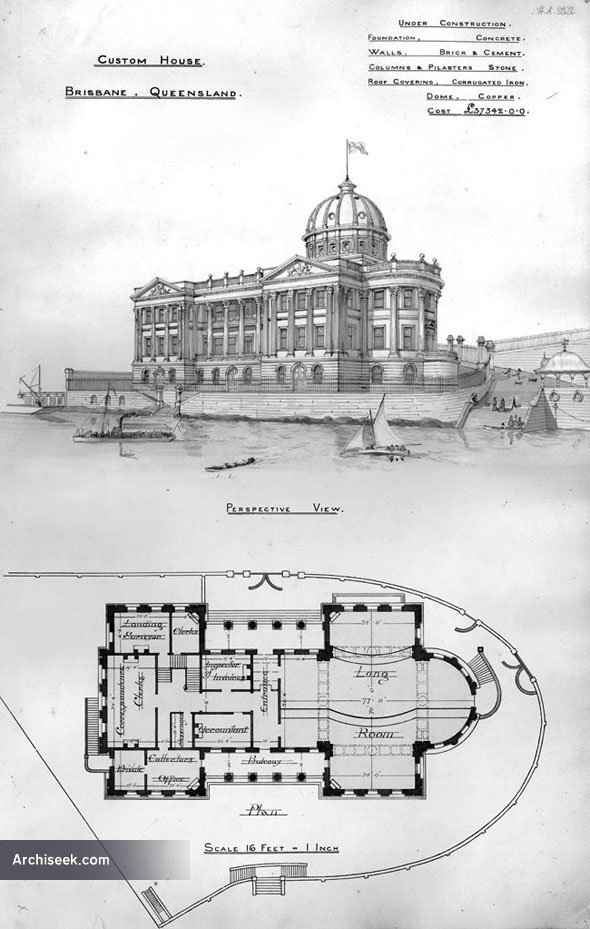 In November 1884, the Treasurer issued instructions to prepare plans for a new Customs House that would “combine convenient facilities with a beautiful appearance from Queen Street as well as the river.” The magnificent new Customs House, built by Queensland settler, John Petrie, was opened in August 1889, complete with five Corinthian columns and a dome modeled on St. Paul’s Cathedral in London. The Customs House was later renovated in 1950 prior to its acquisition by the University of Queensland in 1991.