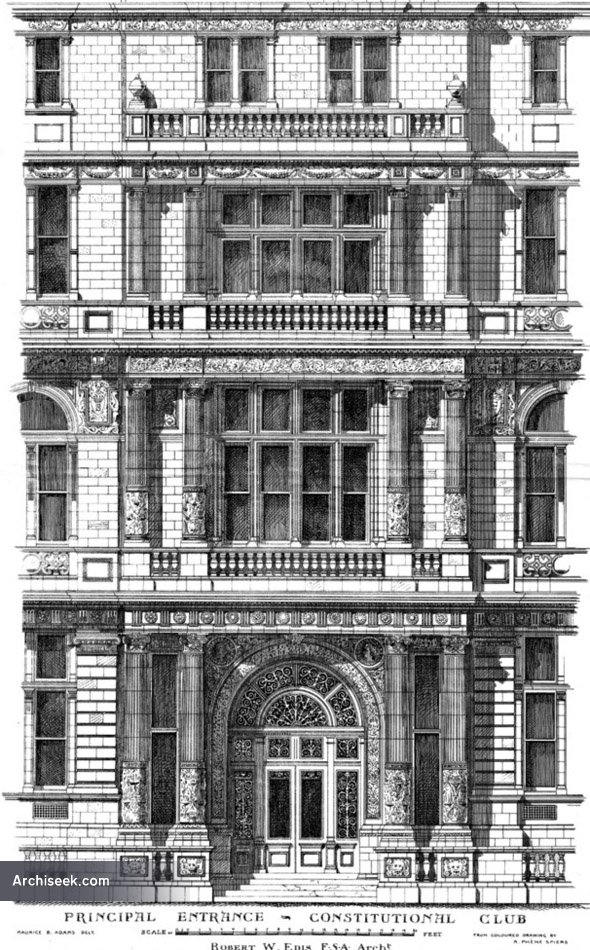 Front Elevation published in The Building News,September 3rd 1886. The Constitutional Club was a London gentlemen’s club, now dissolved, which was established in 1883 and was disbanded in 1979. Between 1886 and 1959 it had a distinctive red and yellow Victorian terracotta building at 28 Northumberland Avenue, off Trafalgar Square. Like many other London clubs, the Constitutional experienced severe financial difficulties with the passing years. In 1959, they agreed to the demolition of the club’s well-known, purpose-built terracotta premises, and its replacement with a new office-style building, which was completed in 1962 – this is the building which still stands on that site today.