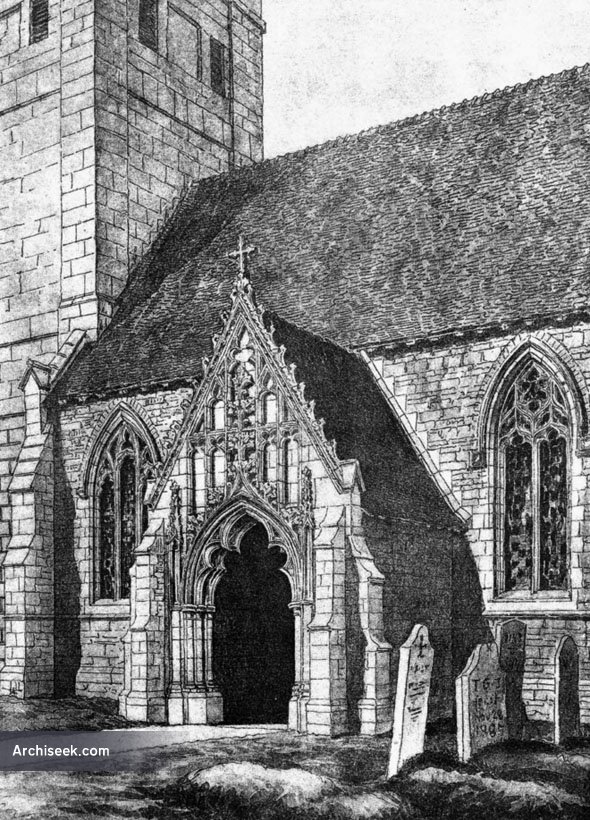 Once the site of a Norman church, but this was demolished in 1784 and the present one was built on the site. This church was designed by William Marshall, a local resident. The chancel, rebuilt in the fourteenth century and part of the older building, have been preserved. The most distinguished part of this construction, the tower, was built by Marshall. The base of the tower is rusticated with enormous Ionic pilasters, cornices and balustrades.

The church underwent further rebuilding between the years 1875-90, this time by Sir Thomas Jackson. He retained the chancel and tower and built a new nave and a north isle. Inside, the building is Victorian in character and dark despite the numerous windows by C. E. Kempe. The darkness of the building makes it difficulty to view the roof of the nave built in 1891. The nine-sided chancel roof was painted in 1928 by F. E. Howard.