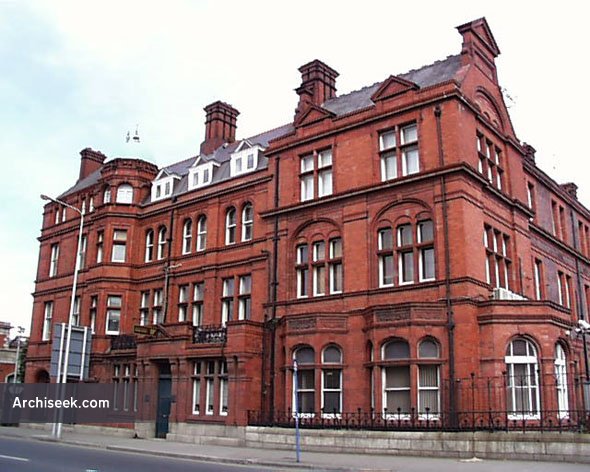 They constructed it in two phases, behind the existing hotel first, and thereafter demolishing and rebuilding the quay frontage sometime after 1886. The LNWR did have its own architect and architectural draughtsmen were employed in the Engineering Dept., so the hotel was probably designed in-house. The Architectural Assistant to Chief Engineer between 1852 and 1886 was a J.B. Stansby, who designed their headquarters building in London.

It was later known as the British Rail Hotel. With the demise of the ferry services from North Wall, the building was taken over by CIE, and it latterly contained the offices of Irish Rail Architects – it is now empty. The interior has much original detail including a fine stairwell.