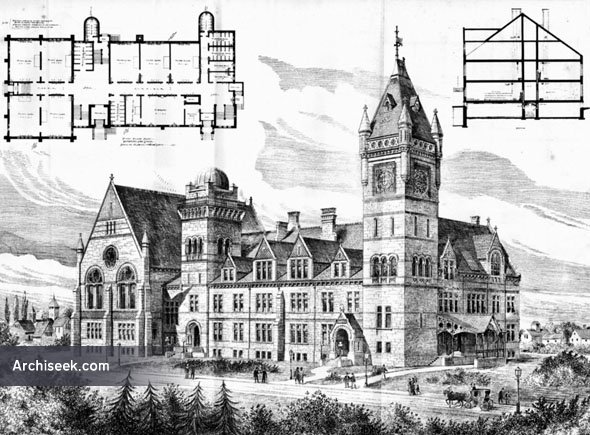 Acknowledged as George Keller’s greatest building was the school erected on the Asylum Hill site in 1883. Its facade faced Hopkins Street on the east toward the hill where the State Capitol building was newly erected. The Hopkins Street building was enlarged in 1897 and quickly became a famous landmark with its two tall, elegant and steepled towers. A manual training building was added, and in 1914 the complex doubled in size with the erection of the Broad Street building where business and industrial courses were given. This immense educational complex, was demolished to make way for the new Interstate 84, the East-West Highway of the 1960’s. Front Perspective View including plans as published in The Building News, July 6th 1883.