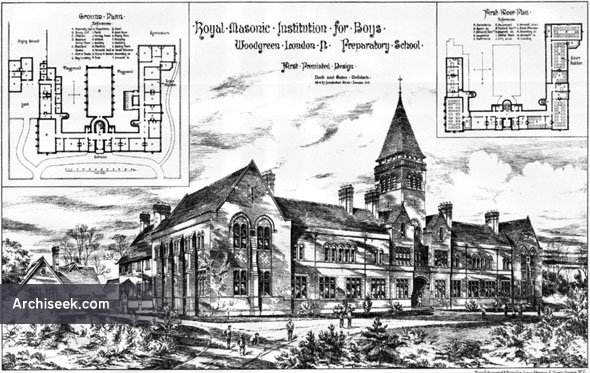 From 1798 there were two Masonic charities for clothing and educating sons of indigent Freemasons. The charities operated separately for nearly 60 years, each providing for the education of sons by sending them to the nearest school to which they resided. Wood Green in North London was the first boys’ school, where 25 boys started in 1857 following an amalgamation of the two charities in 1852.