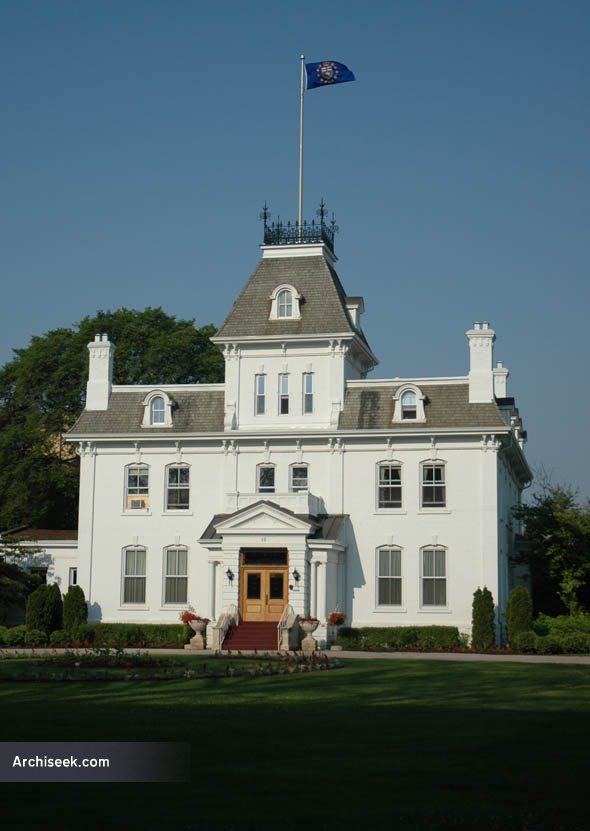 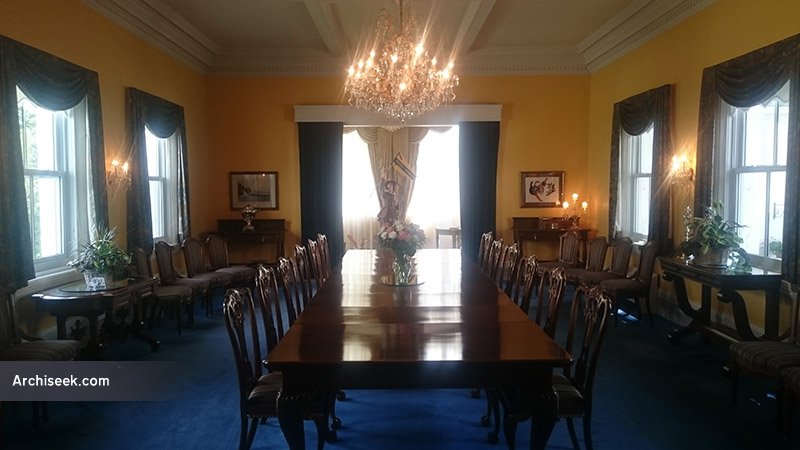 In 1870, Manitoba entered Confederation and in 1872, the former Hudson’s Bay Company house at Upper Fort Garry was officially leased to the Dominion for use as the original home of the province’s first lieutenant-governor. However, the decline of the upper fort and the HBC’s plans to dismantle the complex in the early 1880s prompted the federal government to begin work on a new government house.

The new lieutenant-governor’s residence was built on a piece of land which had been appropriated in 1872 as a 20-hectare Dominion and provincial government reserve. In 1874, this tract of land was divided down its length and the eastern half, which extended on both sides of Broadway, was designated as a provincial reserve. Government House was completed in 1883 in a simplified version of the Second Empire style. It is now situated in close proximity to three buildings which symbolize the political and administrative heart of the Province: the Legislative Building, the Land Titles Office and the Law Courts Building.