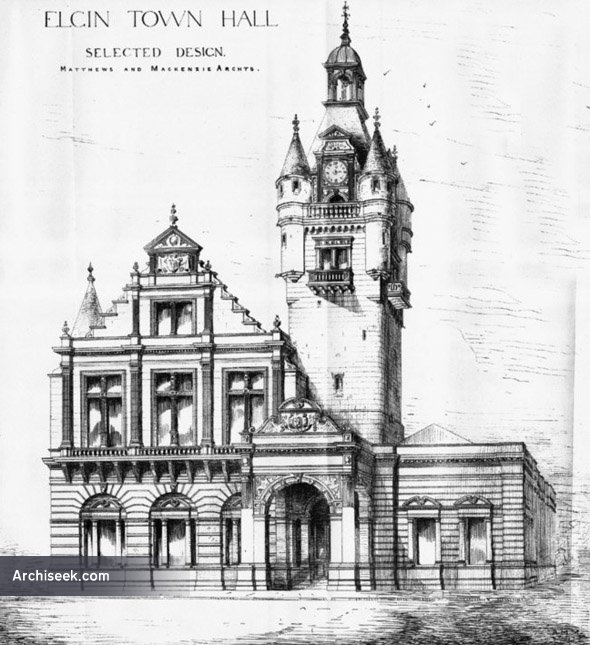 Published in The Building News, October 12th 1883. Destroyed by fire in 1939 shortly after the start of the Second World War. Replaced by a fine modernist post-war building designed by one of Scotland’s foremost 20th century architects, William Hardie Kininmonth. The new town hall was built to hold a capacity of 1000 people, and the supper room 300 people. The rooms and spaces are designed to flow into one another. Large north-facing windows give a bright and airy character to the entrance hall and supper room, minimising the transition from the qualities of light and space outside the building. The hall itself is finely finished in boarded timber. Balconies and parapets produce a carefully controlled effect of solid and void, and light and dark.