1881 – Glasgow Asylum for the Blind, Scotland 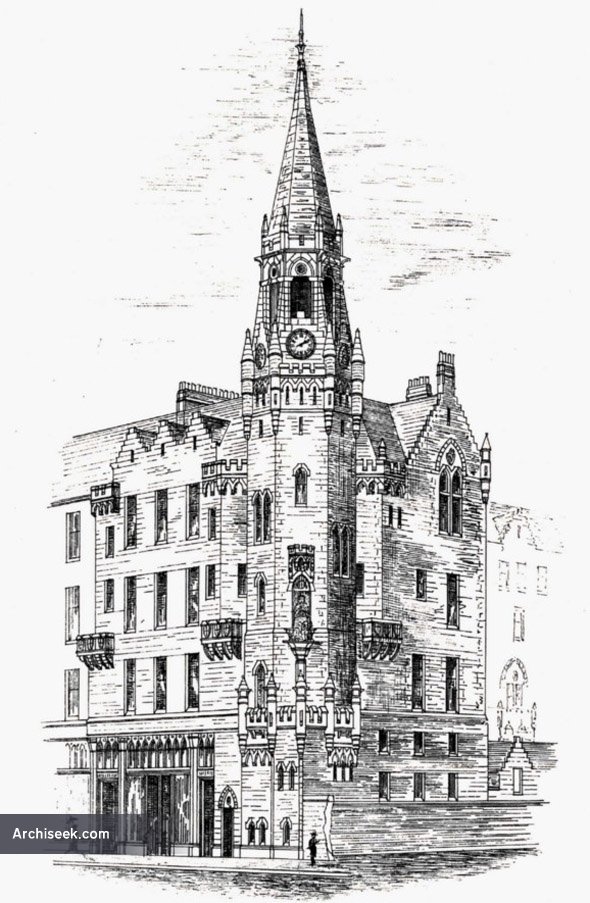 Published in The Architect June 24th 1882. The Blind Asylum was founded in 1804, with the first building on Castle Street erected in 1828 by public subscription. A competition was held to design a replacement building in 1878. It was designed by William Landless in what is a variant of the Scots Baronial style and was completed in 1881 at a cost of £21,000. In 1934 it was purchased by the adjacent Glasgow Royal Infirmary, for conversion into an Out-patients’ Department but now sits derelict.

The structure is a rather curious mixture of architectural styles and has been described as “excruciatingly Franco-Flemish with a spire bristling with gargoyles,” and “Free Revivalist style combining Franco-Scots, northern European and Gothic.” Its predominant feature is the hexagonal corner clock tower with spire, crowstepped gables and a large statue which was placed in its canopied niche in 1881. TReflecting the Victorian religious based philanthropy of the age and represents Christ dressed in Medieval garb, restoring sight to a blind child, it is by Charles Benham Grassby.