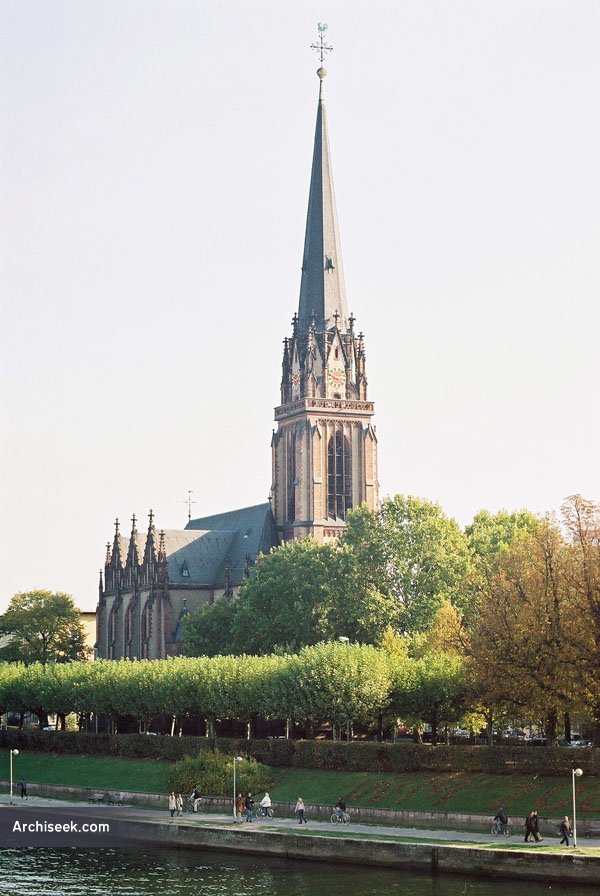 The fine Gothic revival church, the Church of the Magi was built to replace an earlier church on this site. The first church was built in 1340 as a chapel to one of Heile Dymar’s hospitals. Around 1500 it received its late gothic vaulting. The congregation was one of the first in the city to embrace the Reformation, and the first Protestant preacher took his post in 1531. The old dilapidated church was torn down in 1875.