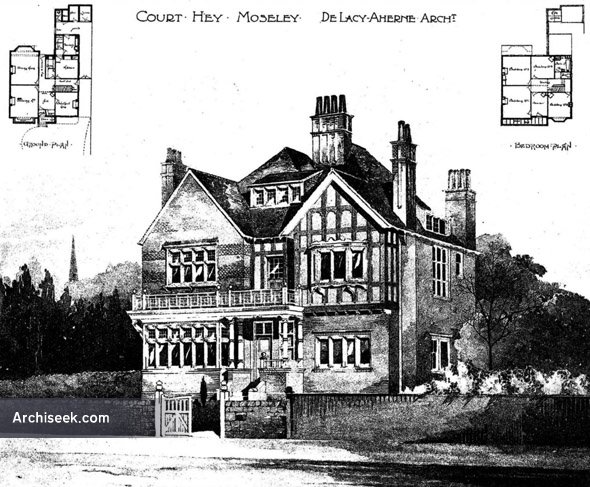 In 1898 de Lacy Aherne was commissioned to build a series of houses by his father-in-law, whose local contacts in the Moseley area were helpful to the rising young architect, whose work quickly became fashionable among the rapidly growing and wealthy professional middle class of the area “This house, for Mr. J. Price (city surveyor of Birmingham) is situated in the Chantry-road, Moseley, and has a pleasant outlook on to the ornamental water and grounds of Moseley Hall. The architect was Mr. De Lacy Aherne, of Birmingham.” Perspective View including ground & 1st floor plans published in The Building News, April 8th 1898.