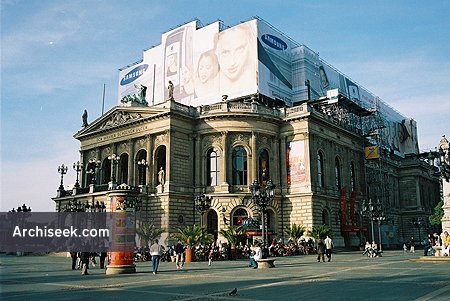 Opened by Kaiser Wilhelm I in 1880, the building was financed by wealthy Frankfurt citizens and was designed in Italian Renaissance style by Richard Lucae. Destroyed in a 1944 air raid, it was rebuilt in 1964-81 and renamed the ‘Old Opera Concert and Conference Centre’. The main auditorium, with seating for about 2,500 people, is the central part of the building and is used for concerts, conferences and other events.