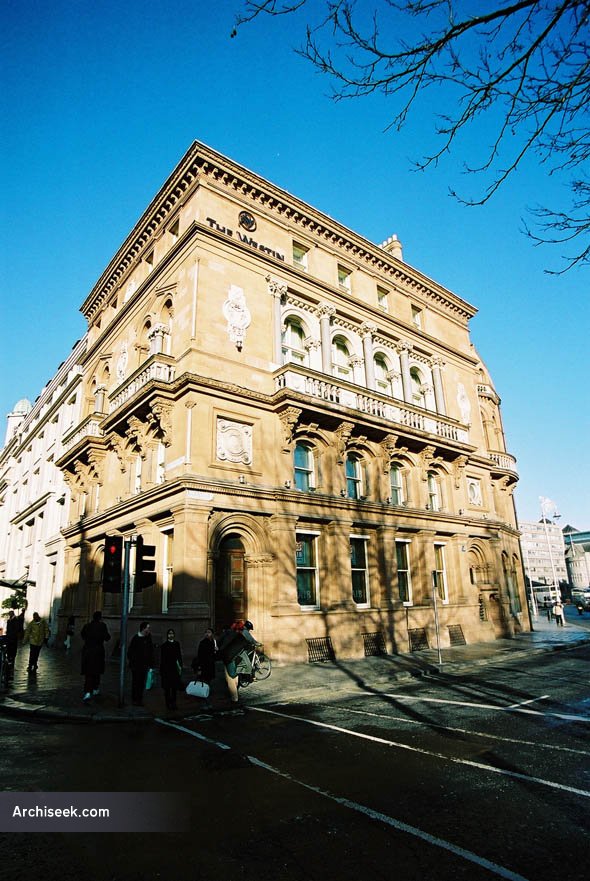 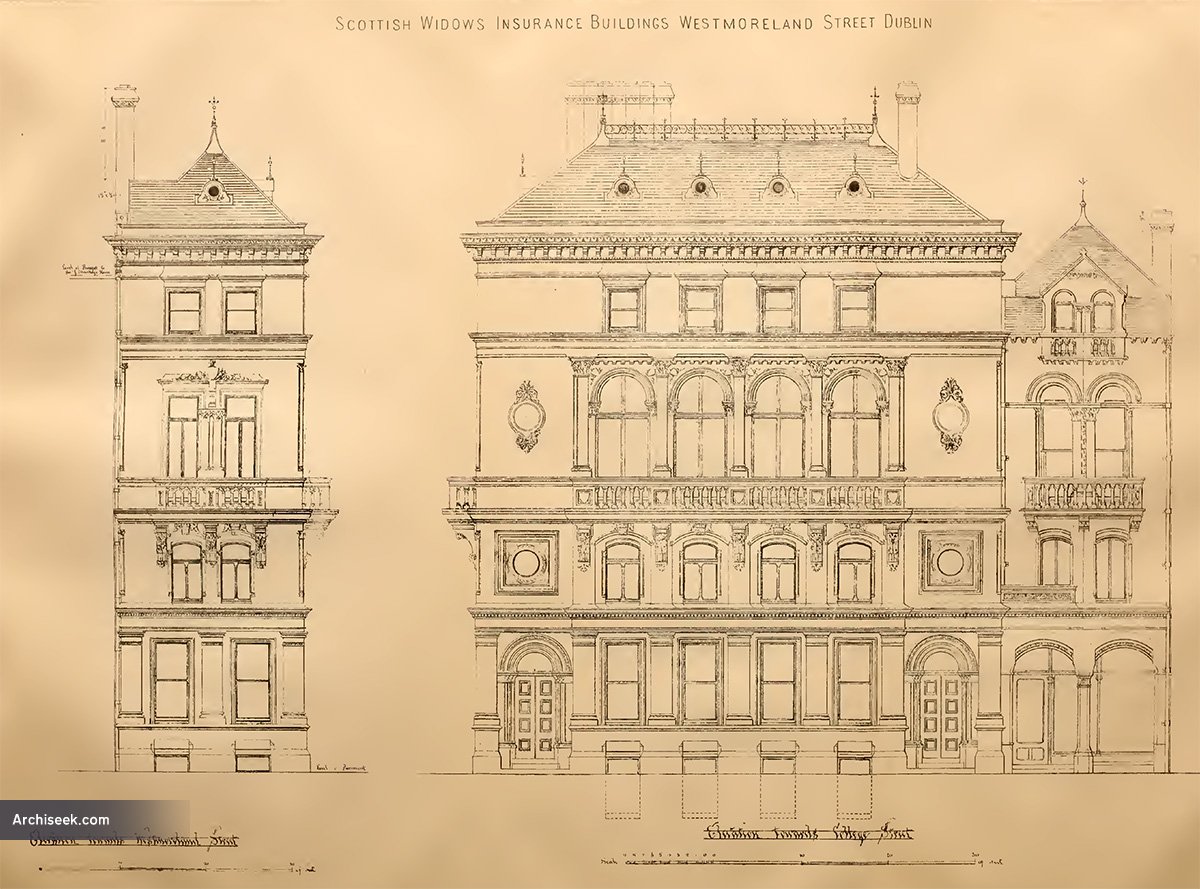 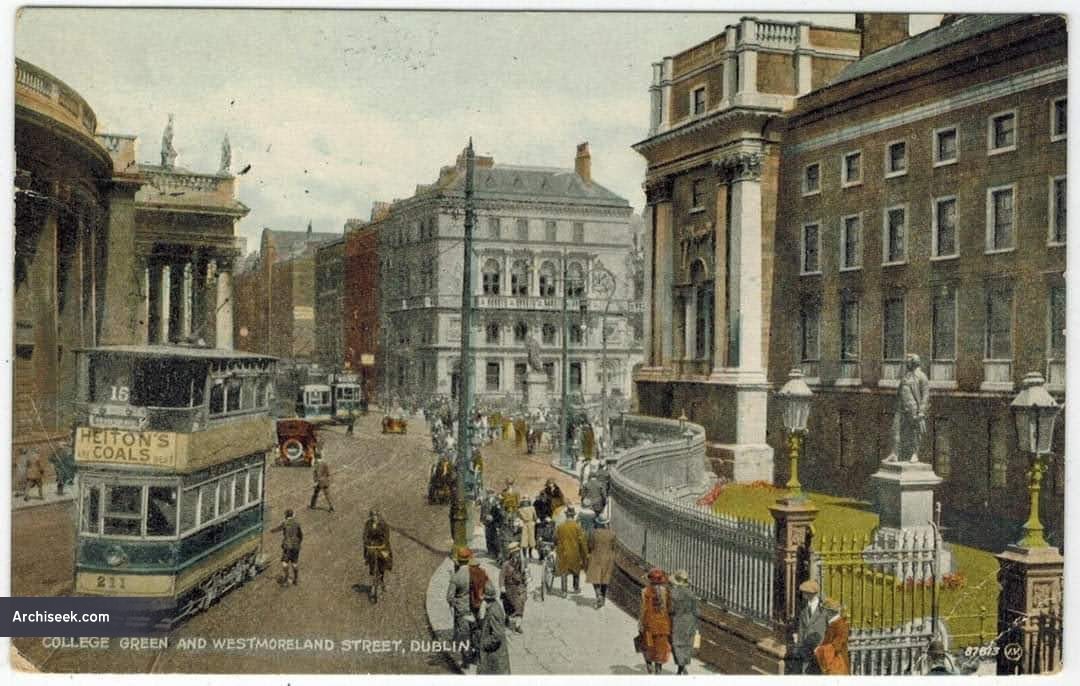 Orginally built in 1875 with some minor additions in 1879 for Scottish Widows, this was for many years a bank branch of AIB. It has a magnificent sandstone facade in the style of a Venetian palace – bud sadly a facade is all it is. AIB had assembled a collection of properties on the site including two of their own branches and at one stage hoped to build a headquarters on the site. Untimately all the interiors, bar the banking hall of a bank building on College Street, were demolished and an hotel built behind the facades. In 1799 Sir John Soane designed a bank headquarters for Bank of Ireland on this site, but after the Act of Union, the former parliament building across the street became available, and the plan was dropped.