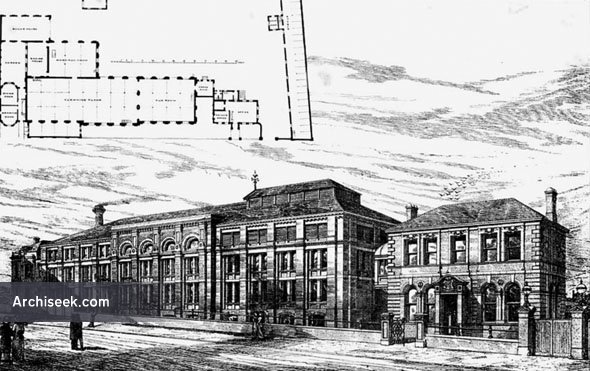 Messrs. Gordons Brewery was opened in the Caledonian Road, Islington in 1852. A branch was opened in Peckham in 1876. The brewery ceased trading during the early years of the First World War. Perspective View & Ground Plan published in The Building News, January 12th 1877.