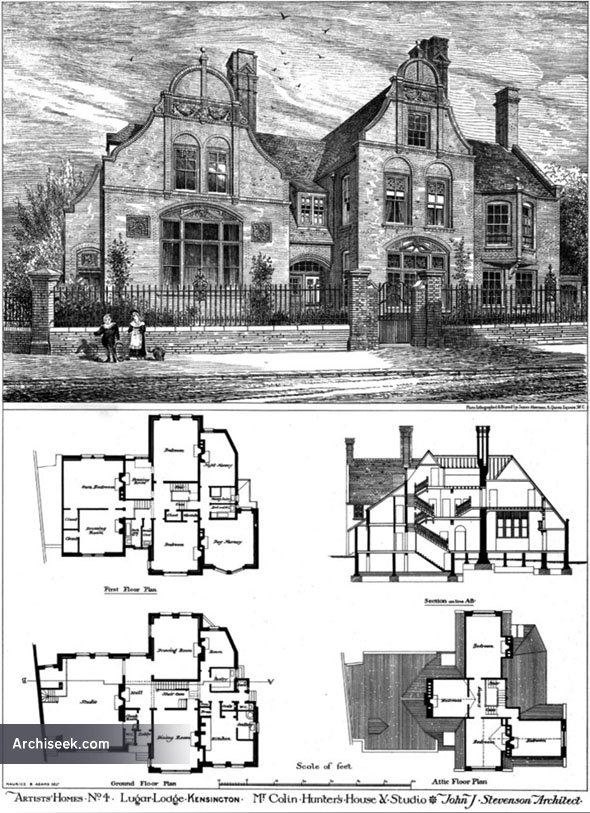 Including Elevations,Sections & Plans as published in The Building News, June 25th, 1880. Designed for Colin Hunter (1841-1904), a major nineteenth century Scottish etcher and painter of marine sunjects. In 1877 he moved to a fine house in Melbury Road, Kensington where he built a studio designed by fellow Scot, J.J. Stevenson. He then experienced period of unqualified success, and by 1903 had shown over 90 paintings at the Royal Academy, with many being acquired for public collections. Hunter died in this house at No.14 Melbury Road on the 24th September 1904 and is buried in Helensburgh, Scotland. Now demolished.