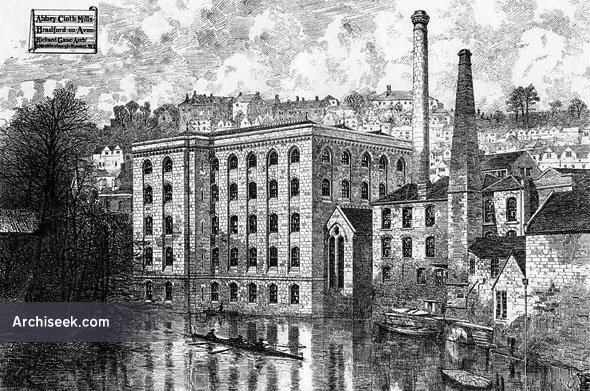 This imposing structure was built in 1875 as a cloth mill; a defiant gesture in the face of the industry’s steep decline. The mill closed in 1902. It served as a barracks during the First World War, then was later taken on by Avon Rubber who used it as a factory until the early 1990s. It is now retirement apartments.