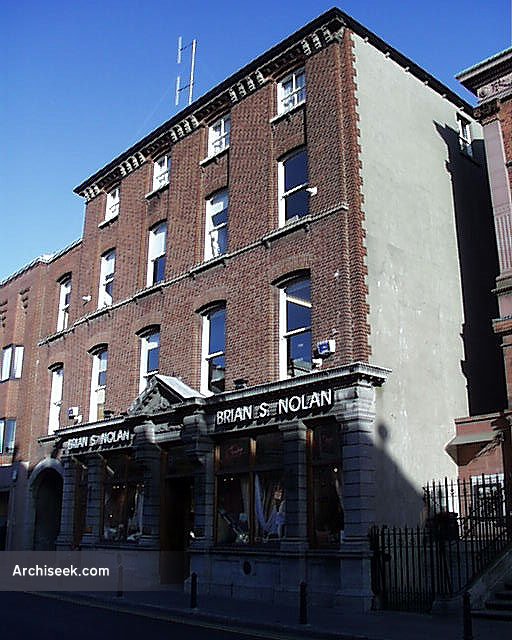 Imposing 19th century bank (No. 102 Upper Georges Street) now in use as a commercial premises. The building has a high quality stone façade at street level. Possibly designed by Charles Geoghegan with later alterations in 1910 by Albert E. Murray.