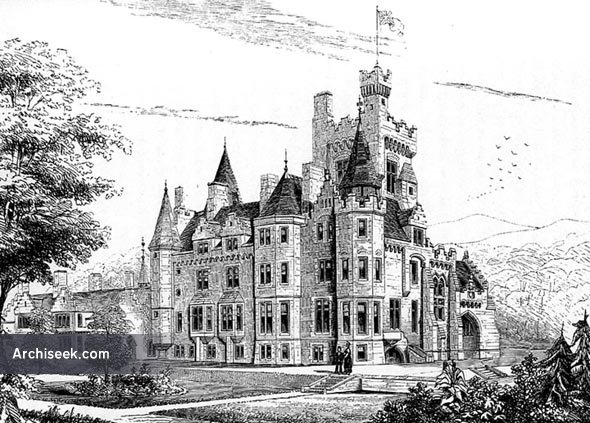 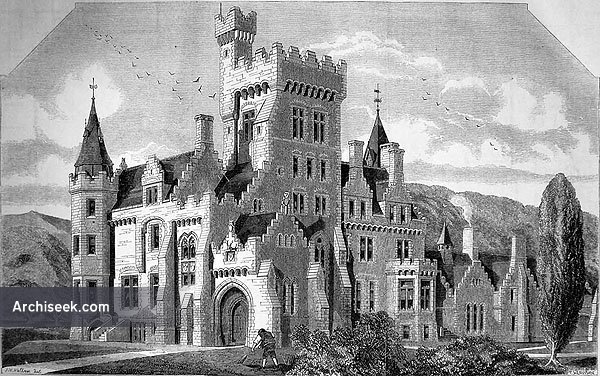 Humewood Castle was built between 1867 and 1870 to the design of an extraordinary architect, William White. The original concept was for “an occasional resort in the summer or the shooting season”. However the project grew and developed until White had over-run his budget by more than one million Euro in today’s currency. His refusal to pay the builder, Albert Kimberley, led to one of the most celebrated law cases in architectural history: Kimberley v White & Dick. The case, won by the builder, became a landmark in architectural case law. White’s career suffered, and he never received another important commission. But, as historian Mark Girouard, author of The Victorian Country House, observes, the loss was really architecture’s, “for this odd, original, gifted, cranky, over-sanguine and unconventional architect had designed one of the most remarkable of Victorian country houses.” 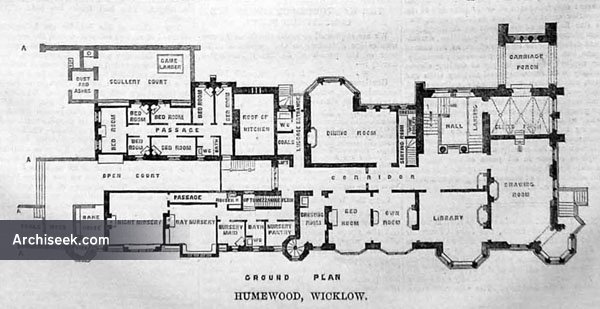 “Mr. White’s name has hitherto been mentioned only in connection with church architecture, and it is with this department of design that it has become most generally associated. But he has also been engaged in the design and erection of many Gothic buildings of a domestic character, among which that of ‘Humewood’ in Ireland is one of the most notable. It was begun in 1867 for Mr. W. Fitzwilliam Dick, M.P. for Wicklow, and represents for special reasons a combination of Scotch and Irish characteristics in its design. It is built of granite, a material obviously involving a plain massive treatment, in which the lintel must supersede the arch, and delicate mouldings become impossible. To compensate for this deficiency in refinement of detail, the mansion has been most picturesquely grouped with projecting bays, angle turrets, stepped gables, and high pitched roofs, rising above which a square tower, surmounted by a battlemented parapet, gives great dignity to the composition. Though much given to antiquarian re- search, and especially orthodox in the internal arrangement of his churches, Mr. White has not allowed his acquaintance with Mediaeval architecture to affect the character of his plan, which is studied with great attention to modern convenience and requirements, nor has less care been bestowed on the details and fittings whether of a constructional or ornamental character. They exhibit, in many features of the house, evidence of that artistic design by which alone we can hope to revive in these degenerate days thr true spirit if ancient handiwork.” A History of the Gothic Revival by Charles Eastlake, 1872.