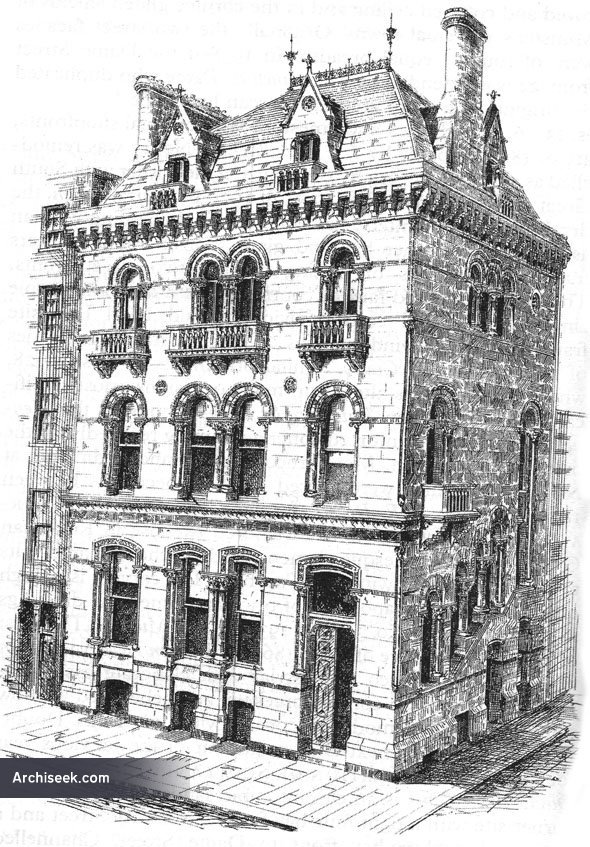 Designed by Sir Thomas Newenham Deane in 1868 and modeled on the London head office of Crown Life, which was designed in 1858 by his former partner Benjamin Woodward. Lombardo-Romanesque in style, its best feature are the stepped round-headed windows on the staircase on the Fownes Street facade. It was almost lost to Dublin except it was recommended by Skidmore Owings Merrill as one of two buildings worth saving in Temple Bar, when they submitted their masterplan for the area to CIE in the 1970s. Now renovated and part of an hotel.