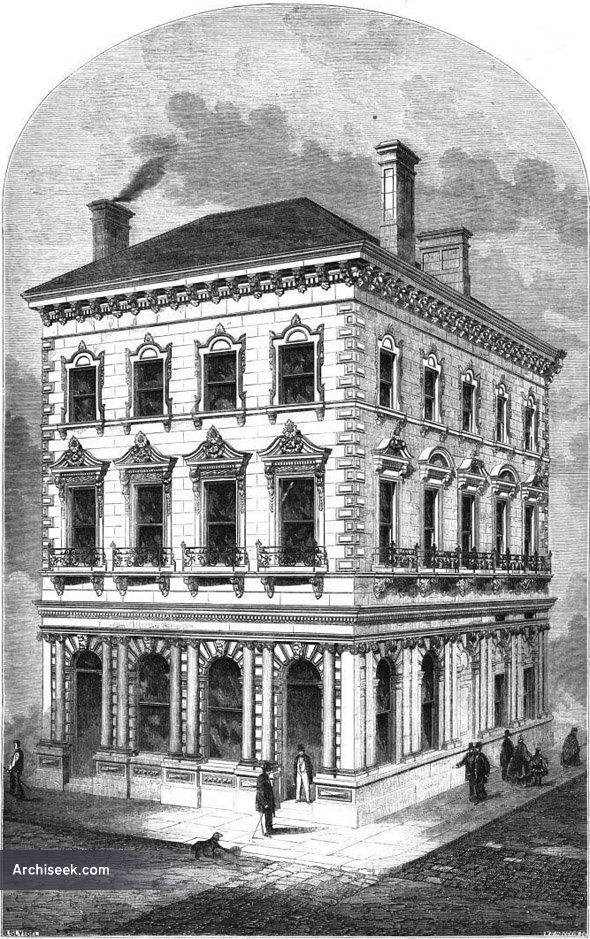 “The new Union Bank Building, which has been lately erected at the corner of Hollis and Prince Streets, has two fronts in the Wallace free-stone; that in Hollis-street being 40 feet in extent, and that in Prince street 60 feet. The ground floor is occupied by the banking-room (30 feet square by 22 feet high), the directors’ and cashier’s rooms, the fire and burglar proof safe, and entrance-hall and staircase. The upper floors are divided into the several apartments forming the cashier’s residence. The windows have wrought-iron rolling shutters; those on first floor having also ornamental balconies. The contract for the whole of the works was taken by Mr. Henry Peters, of Halifax, for 8,0002. The architect was Mr. C. P. Thomas, of Montreal, nephew of the late Mr. John Thomas, the sculptor.” Published in The Builder, April 18, 1863.