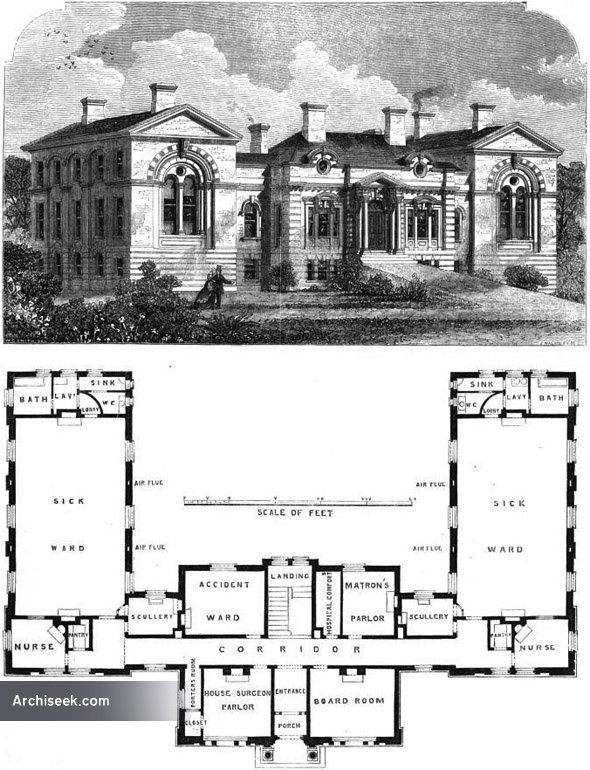 “The design is in the Italian style of architecture. The site selected is a piece of land fronting a hospital in Hamilton-street, and which has been found totally inadequate to afford accommodation to tho numerous cases of accident which are constantly occurring at the large works now developing themselves on the Cheshire Bido of the Mersey. The erection of the new hospital will involve an expenditure of about 5,0002., exclusive of the land; and this sum Mr. Laird, in the most liberal and praiseworthy spirit, has placed at the disposal of the committee. The land on which the building will be erected is situate in Livingstone Street, close to the main entrance to the park, and it was purchased from the commissioners for 500/. The first stone was laid on the 20th of November last. Mr. Walter Scott, of that neighbourhood, is the architect; and Mr. John Hogarth the contractor.” As published in The Builder, April 25, 1863.