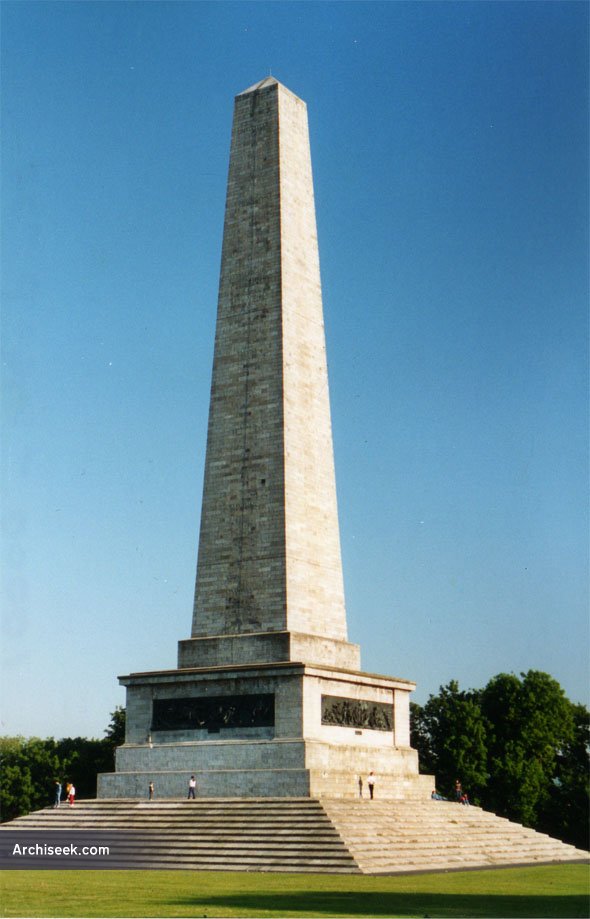 Built to commemorate the victories of the ‘Iron Duke’ Arthur Wellesley, Duke of Wellington, who was born in Dublin, the memorial in the Phoenix park is the tallest obelisk in Europe. It is 205 feet tall and was intended to be taller but for a shortage of funds. It was completed in 1861. There was also plans for a statue of Wellesley on horseback but the shortage of funds ruled that out.

There are four bronze plaques cast from cannons captured at Waterloo – three of which have pictorial representations of his career while the fourth has an inscription. The plaques depict ‘Civil and Religious Liberty’ by John Hogan, ‘Waterloo’ by Thomas Farrell and the ‘Indian Wars’ by Joseph Kirk. The inscription reads:

Asia and Europe, saved by thee, proclaim
Invincible in war thy deathless name,
Now round thy brow the civic oak we twine
That every earthly glory may be thine.