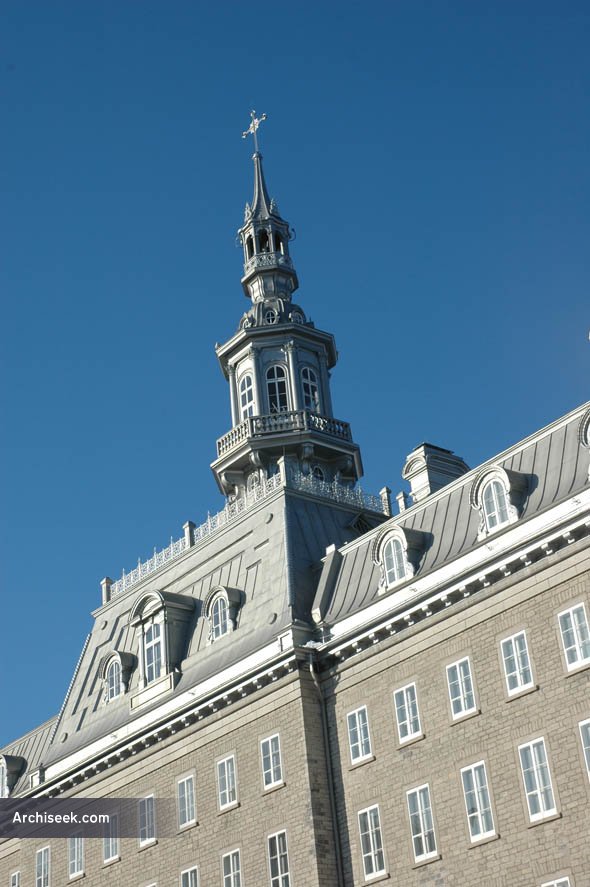 The historical site of the Séminaire de Québec in Old Quebec includes a vast number of buildings, some of which date back to the 17th century and are witnesses of the French occupation, while the others were constructed anywhere from the 18th to the 20th century. The ensemble is made up of two groups of buildings: the Vieux-Séminaire constructed under the model of 17th century French colleges and whose inner court is absolutely remarkable and the second group of buildings that have been added over the years to meet the needs of Laval University, the Grand Séminaire and the Petit Séminaire, whose most important buildings are the Camille-Roy Building and the Jean-Olivier-Briand Building. The Camille-Roy Building has several pinnacles on which continuously fly the flag of the coat of arms of founder of the Séminaire de Québec, Bishop François de Laval, and the Jean-Olivier-Briand Building houses the priests’ residence and the Grand Séminaire.

Built between 1854-55, the central pavilion of Laval University, the Camille-Roy Building, was the first building in Canada with a flat roof. Owing to water infiltration, the roof was replaced with a mansard roof in 1875.