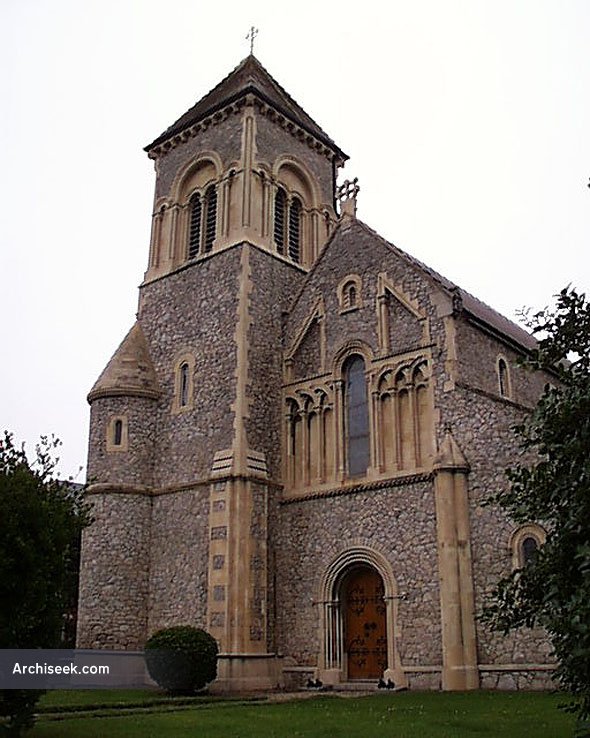 Like St Bartholemew’s in Ballsbridge, this was commissioned by Sidney Herbert after whom nearby Sidney Parade is named. The architect here was the biographer of Pugin – Benjamin Ferrey. The exterior is in an early Romanesque style with rubble stone and Bath Stone dressings. The Bath Stone has eroded quite badly in places. The interior is as designed by Ferrey and contains windows by Joshua Clarke. 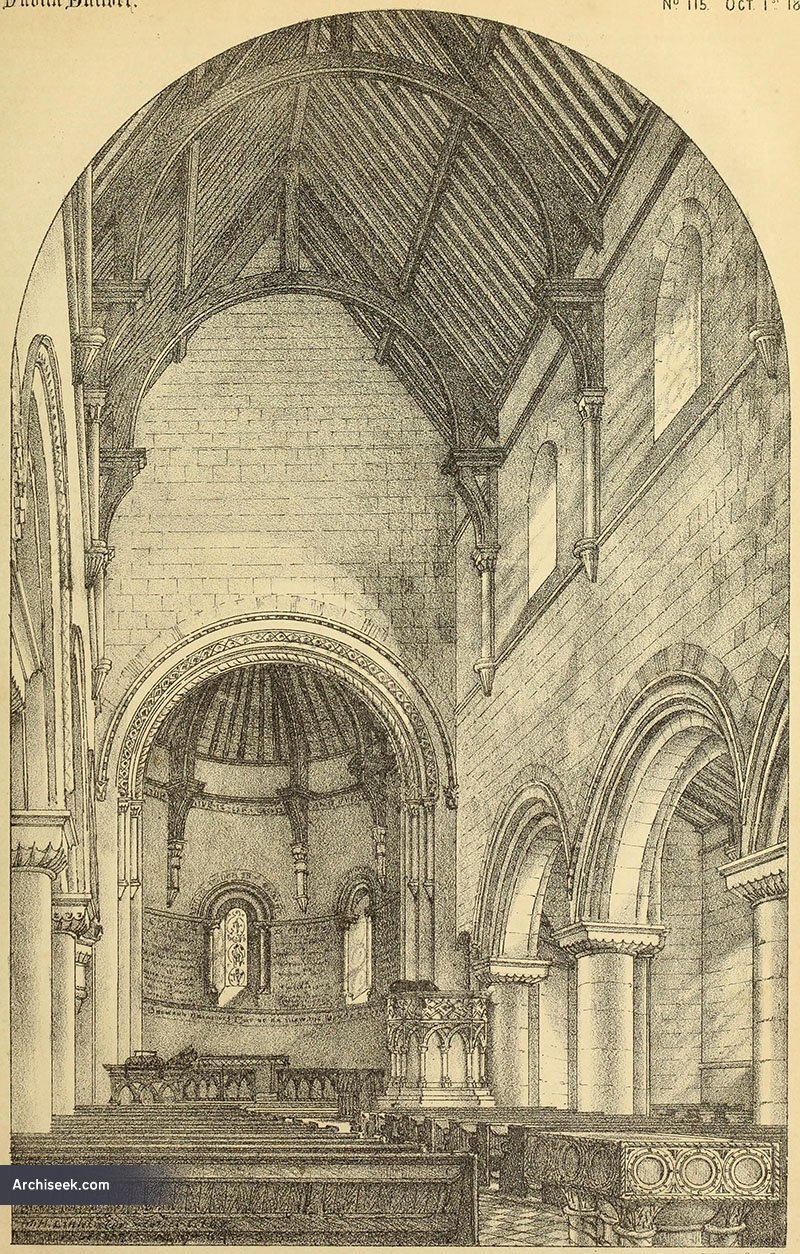 Originally the exterior was decorated by sculpted beasts, but these were removed on the orders of the Archbishop before the church was consecrated.

“In our last issue, when presenting an illustration of the interior of St John’s Church, Sandymount, we were unable to accompany it with any record of the names of the architect and builder. Sec, not being acquainted with them. We have since ascertained that the church was designed by Mr. B. Ferrey, of London, and carried out under the superintendence of Frederick Darley, Esq., of Dublin. The entire cost was defrayed by the late lamented Lord Herbert, of Lea ; and we have much pleasure in adding that the very creditable work displayed in the execution of the building is by Mr. George Farrell, builder, of this city.” The Dublin Builder, October 15 1864.