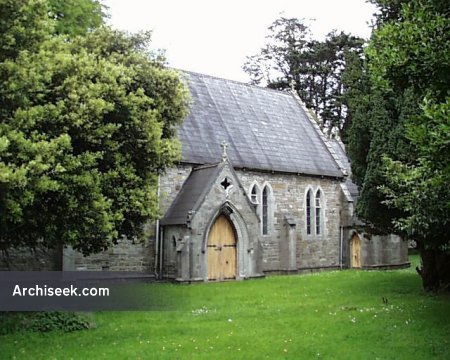 A small church in a Gothic Revival style originally by Jacob Owen. Later extended by E.T. Owen who added an extra bay and a bellcote to the western end in 1870. A simple and austere design, the paired lancet windows are an attractive feature.