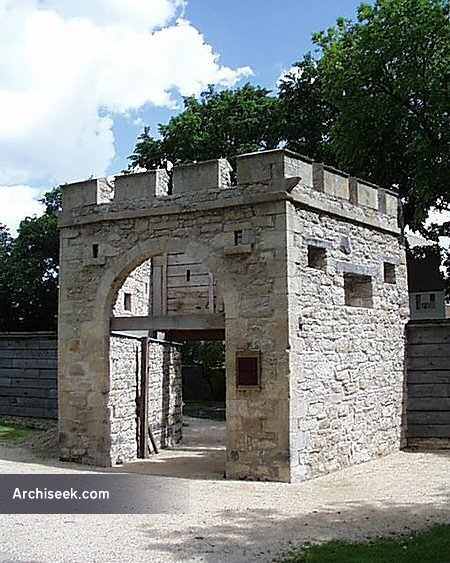 The move was unpopular because the majority of trade was already established at “the forks” and it required at least a day’s journey to Lower Fort Garry. So the Hudson’s Bay Company decided to returned to the forks and built a second fort. This new fort built in 1835, was named Upper Fort Garry to distinguish it from Lower Fort Garry. With its four large bastions and formidable 15 foot high stone walls it was meant to demonstrate the Company’s dominant role in the area.