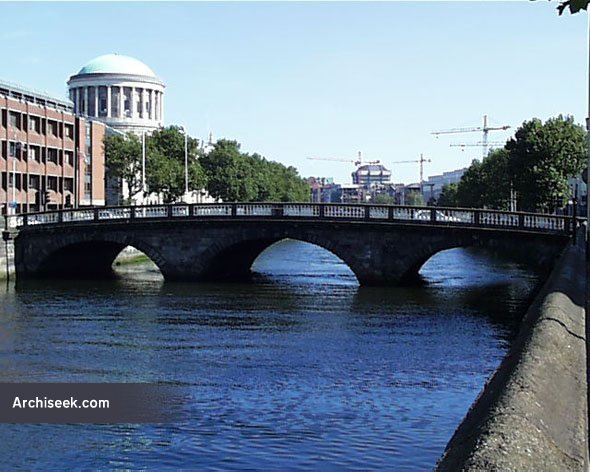 Originally the site of the only bridge crossing the Liffey until 1674, Fr Mathew Bridge is named after a proponent of abstinence from alcohol. The current bridge opened in 1818 and was named after the Lord Lieutenant of the period – Charles Earl of Whitworth.

This are many records of the previous bridges on this site. In 1210 the Normans built a bridge here while in 1214 King John gave the city permission to built a new bridge should they so wish. This collapsed in 1385 and was replaced by the Dominicans in 1428.