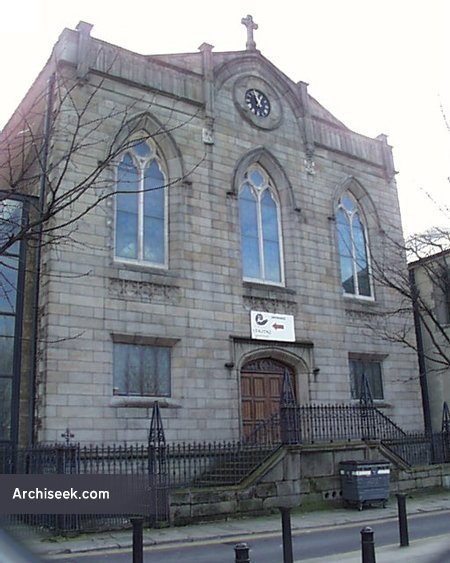 The Catholic Church of Saints Michael and John on Exchange Street Lower, built in 1813, was gutted to make way for a tourism “experience” which failed. Unfortunately the fine interior was ruined.

Described by Lewis in 1837, “The chapel, situated in Exchange-street and erected in 1815, has two fronts of hewn stone in the later English style: the exterior is of elegant design, and in the interior, which is richly embellished, are three altars; over each respectively are paintings of the Crucifixion, of St. John the Evangelist by Del Frate, and of St. Michael trampling on Satan, a copy from Guido; its fine organ, made by Lawless, cost £800. It contains a handsome monument to Dr. Betagh, a celebrated preacher, who died in 1811, and another to the Rev. Dr. Anglen; at one end are six confessionals of elegant design and beautiful workmanship. The chapel was erected between 1813 and 1816, at a cost of nearly £10,000, which was defrayed by subscription. “