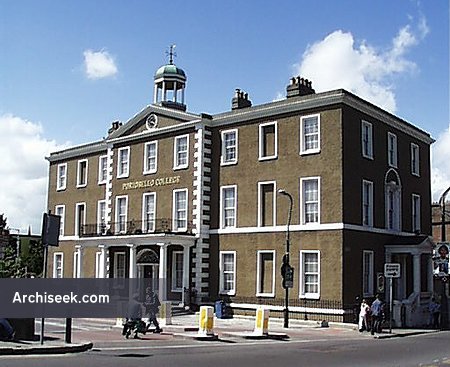 The hotel was one of five operated between Dublin and the Shannon and opened in 1807 and operated until 1860 despite passenger services being stopped in 1852. Sited beside the former Portobello basin (now filled in), this is a simple classical building with nice proportions. The hotel was later converted into a nursing home where the artist Jack B. Yeats spent his last years.

When Sir Francis Drake looted the city of Portobelo, Panama, died and was buried at sea in its harbour, many places in England and Ireland were commemoratively named Portobello – including part of Rathmines in 1696. The nearby canal bridge and the area became known as Portobello.