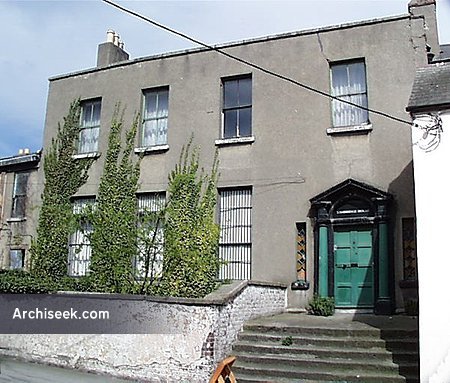 The residence of a Royal Duke for a short time in the 19th century. This was the Duke of Cambridge, then Prince George of Cambridge, grandson of George III, and first cousin of Queen Victoria. He was in Dublin as an officr of the army and member of the Dublin garrison. He afterwards commanded the Dublin District, and a few years later served in the Crimea, and was Commander-in-Chief of the British Army for many years. He lived here for a very short time, his residence for the greater part of his stay in Dublin being at his quarters in the adjoining Royal Barracks. While quartered here he was married in Arbour Hill Garrison Church to Miss Louisa Farebrother, an actress. As this marriage was contracted without the consent of the then sovereign, Queen Victoria, it was contrary to the Royal Marriage Act, passed in the reign, and at the wish, of George III, and was always regarded as morganatic. Their eldest son did not succeed to the title of Duke of Cambridge.