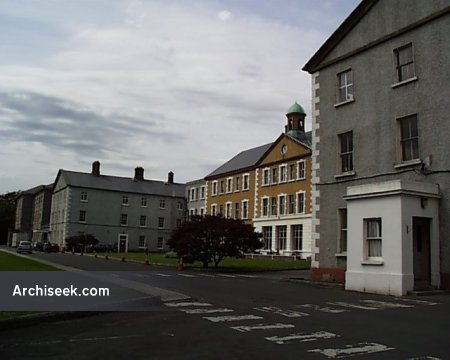 Formerly the Royal Hibernian Military School, for children of deceased soldiers, it originally may have been designed by Thomas Cooley who did the school chapel in the grounds. Thirty years after its initial completion, Francis Johnston designed large extensions to the building, including both the advancing wings to the front and a large courtyard to the rear. The main building is over 300 feet wide from the end of one wing to another, but has been much altered. The central range has had extra windows inserted which ruin the rhythm and composition.

Other buildings in the complex include farm buildings by Johnston and a fine 19th century gymnasium by G.W. Crowe which includes a cast-iron viewing balcony.