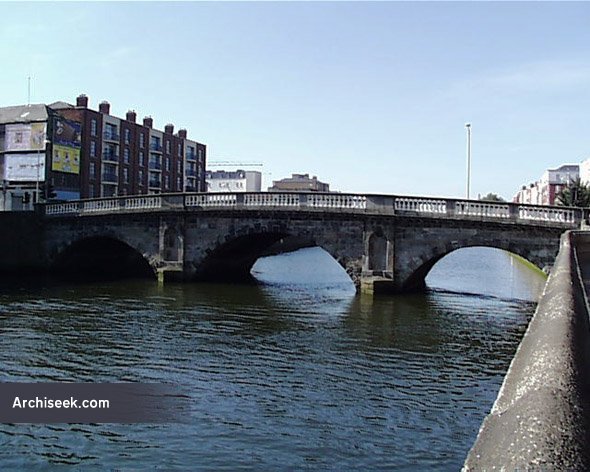 This is the oldest standing bridge spanning the Liffey. Built in 1764 and completed in 1768, it was originally known as Queens Bridge after Charlotte of Mecklenburg, wife of George III. It was renamed after the legendary Queen Maeve of Connaught who invaded Ulster, at a meeting of the City Council on 2 January 1922. The bridge replaced an earlier structure named Bridewell Bridge built in 1683.

At almost 250 years old, Mellow’s Bridge remains the oldest of all Dublin city bridges still in use, although the parapets were replaced with cast iron balustrades and stone copings between 1816 and 1818. Renamed again in 1942 to its current name, after Lieutenant General Liam Mellows of the Irish Republican army who was executed during the Irish Civil War.