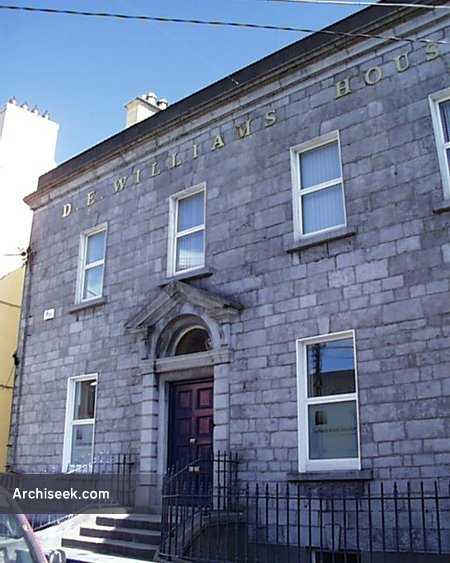 Built of coursed limestone and set back from the street, this house stands out from the predominantly rendered street elevations. Impressive in its distinctive mid eighteenth-century design, the house was formerly the head office for the Williams Distillery and has been named in honour of D. E. Williams, the general manager.