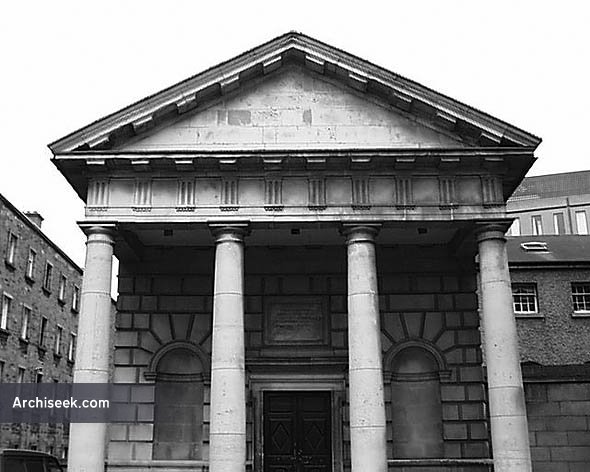 This is probably Richard Cassel’s first independent work in Dublin. It is a little building with a doric temple front, but unusual for Cassels in that the columns are true free-standing as his other works have frontispieces of engaged columns or pilasters. It is possible that preliminary work for this design was done by Edward Lovett Pearce as it was completed only a year after his death.