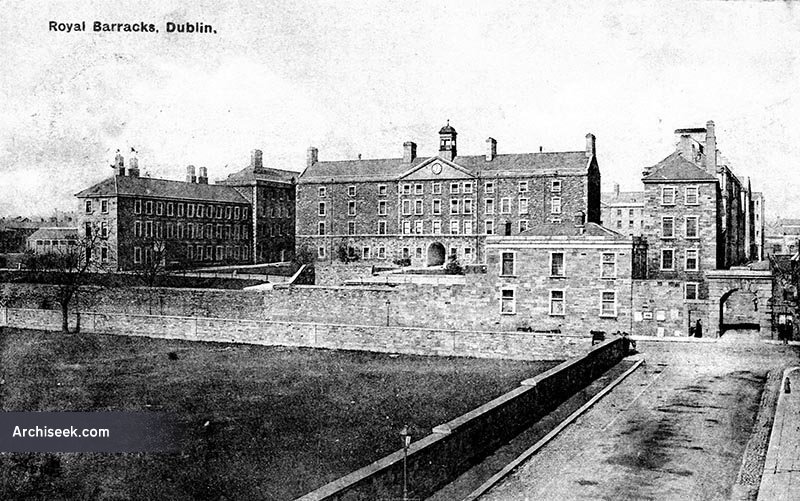 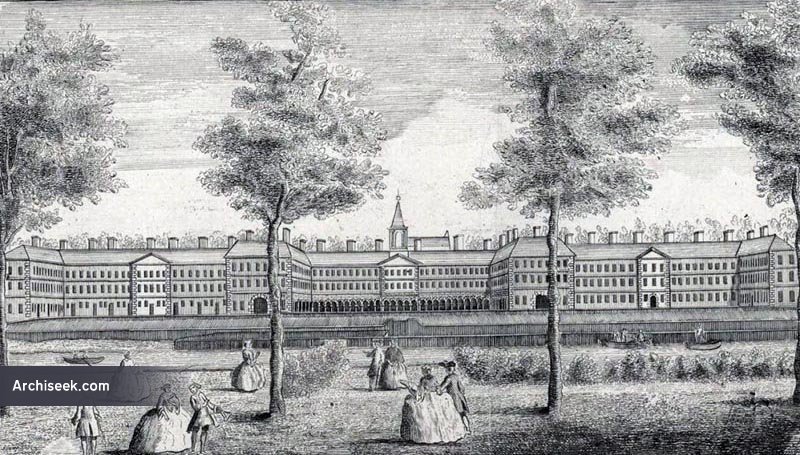 Collins Barracks is the oldest inhabited barracks in Europe and once one of the largest. In recent years the National Museum of Ireland has taken over the Calvary Square ranges to display more of its large collection. On display are artefacts ranging from weaponry, furniture, folk life, and costume to silver, ceramics and glassware.

The barracks were erected in 1701 to the designs of Thomas Burgh (1670-1730) and it was his first recorded building. This is the earliest public building existing in Dublin with the exception of the Royal Hospital at Kilmainham and it was built on the site that a hopeful City Corporation had earmarked for a mansion for the Duke of Ormond. He was also responsible for the Custom House (1707) which was replaced by Gandon’s masterpiece in 1791. He was also responsible for Dr Steevan’s Hospital, the Library at Trinity College, and St Werburgh’s Church (1715). 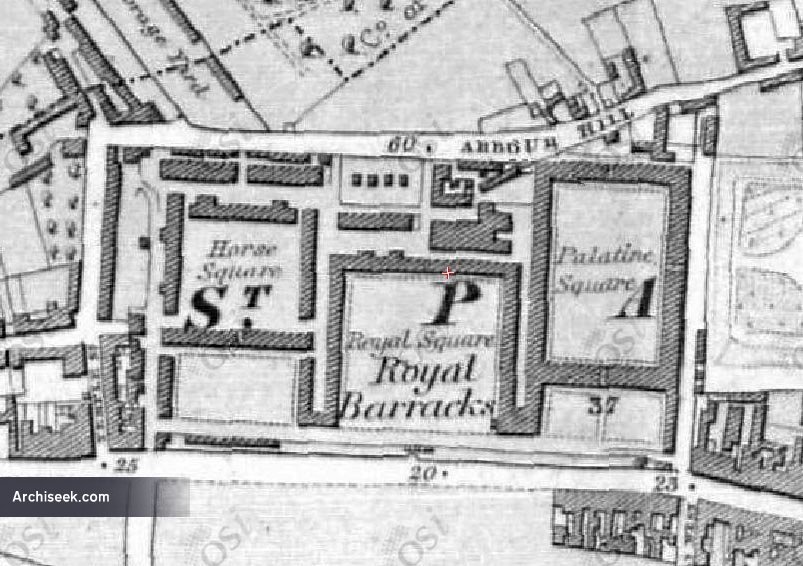 Some of the blocks were demolished in the 19th century. Of the remaining buildings, the central square, formerly known as Palatine Square, is a magnificent space, one of the truly awe-inspiring spaces in the city, surrounded by the large blocks of the barracks. In recent years the blocks have had linking buildings by Gilroy McMahon inserted to complete the square. Two sides of the square have arcaded colonnades.

Described in 1837, “The largest and oldest are the Royal Barracks, situated on an eminence overlooking the Liffey, between the city and the principal gate of the Phoenix Park: the chief entrances are by two gates from Barrack-street. They are adapted for 10 field officers, 83 officers, 2003 non-commissioned officers and privates, and 460 horses, with an hospital for 240 patients. The buildings are divided into five squares, under the designation of royal, palatine, cavalry, stable, and clock squares. The barracks in South Great George’s-street are adapted for 17 officers of infantry and 324 privates.”