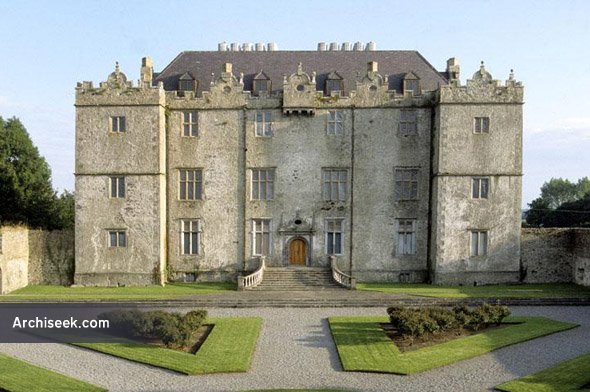 A semi-fortified house that was built before 1618 by Richard de Burgo, the 4th Earl of Clanricarde. It was the main seat of the de Burgo family for over 200 years, until it was gutted by fire in 1826. Following conservation and restoration work, the ground floor of the castle is now open to the public. The conservation works on other parts of the castle are ongoing. To the north of the castle are formal, geometrically laid out gardens. The castle also includes a restored 17th century walled kitchen garden.