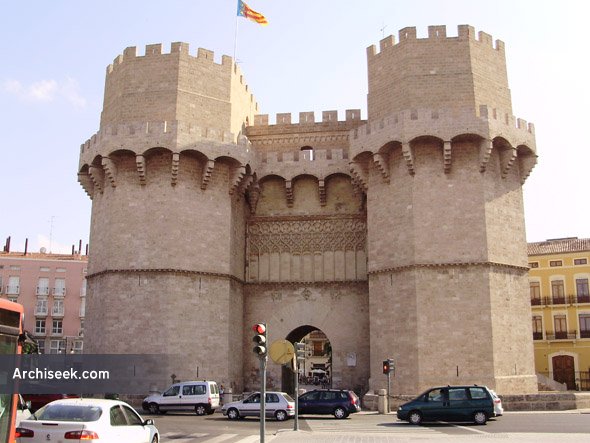 The Serranos Towers are considered to be the largest Gothic city gateway in Europe, and were constructed at the end of the 14th century by Pere Balaguer as part of the city’s fortification. They housed prison cells and served as a triumphal arch on many festive and solemn occasions. The interior façade has large, arched openings, designed as galleries. In the 16th century it was converted to become a prison for nobles and gentlemen, for which it was used until 1887.