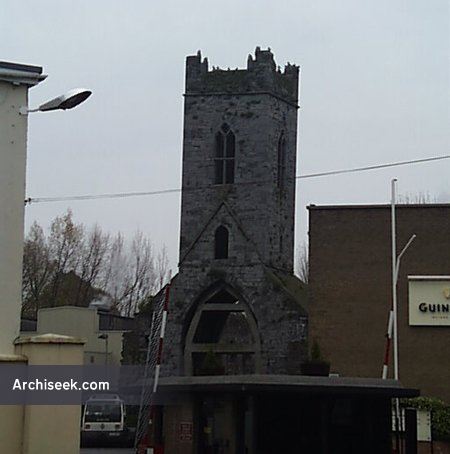 The Franciscans came to Ireland in around 1226, and St Francis’s Abbey was founded sometime between 1231 April 1234. The first definite date for the abbey is October 15, 1245, when it received a royal grant for clothing. The abbey started as a small chapel but then expanded as funds allowed, reaching out from the city walls to the River Nore and becoming important enough to hold the provincial chapters of the friars in 1267 and 1308. Development continued throughout the fourteenth to sixteenth centuries. This expansion was, however, rapidly halted with the dissolution of the monasteries in the sixteenth century when the abbey was turned to secular uses. With the accession of James I, the monastery was rededicated, but the abbey had fallen into such a state of disrepair that it could not be used in 1612. Nevertheless the Franciscans returned to their old friary and continued to improve their abbey throughout the seventeenth century.

Due to the expansion of Smithwicks Brewery (the St Francis’s Abbey Brewery) since 1854, the nave and chancel of the abbey now survive within the grounds of the brewery, now part of the Guinness Ireland Group. The sacristy has been restored as an oratory at the brewery. In 1969, excavations revealed a large transept and an aisle in the nave on the north side of the church. The cloister was to the south and is now covered with buildings. The remains are depicted in the logo of Smithwicks.