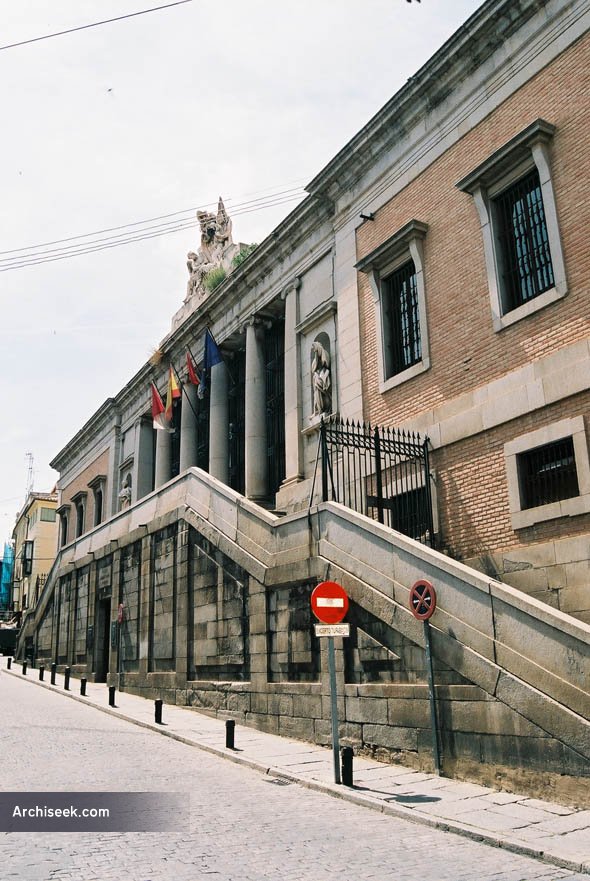 This is one of the few major buildings in Toledo designed entirely by one architect. Designed as a regional university at the end of the 18th century the facade features a double staircase to provide a worthy entrance from the first floor. This is where the grand entrance with five openings can be found, with enormous Ionic columns and sculptured decoration that lead to a patio with columns. The main hall is covered by a semicircular vault decorated with fine caissons. A gigantic coat of arms of the founder, flanked by two angels playing “el Clarin de la Fama” by Salvatierra, represents the climax of this example of neoclassical architecture.

After the closure of provincial universities in Spain in 1845, it became the provincial Secondary Education College. It has now returned to its original use, being the headquarters of the Toledo Vice Chancellor of the University of Castile La Mancha.