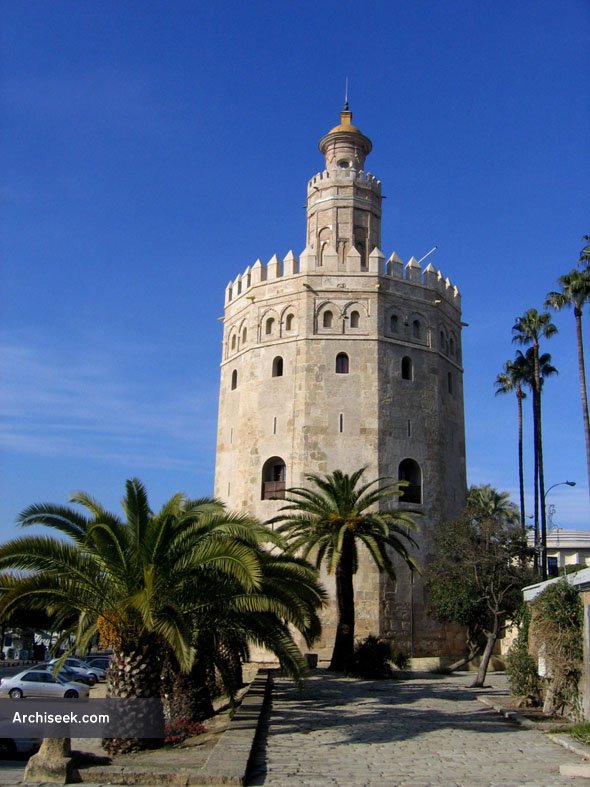 The Gold Tower of Seville was one of the last contributions from the Almohade period in Seville. It formed part of the last wall of defence that ran from the Alcázar Palace to the river. Built in the first third of the 13th Century, this tower has twelve sides. Large chains used to be connected from the masonry base of the tower to other side of the river and acted as a protective entrance-way to the port. The highest part of the tower was added by Sebastian Vander Borcht in 1760.